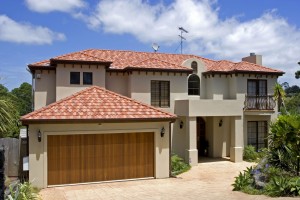 If you’re putting on a big party or outdoor event in the Houston-area soon, one attraction that appeals to just about everyone is the bounce house. A party classic, bounce houses have been around for over half a century. They’re also known as moonwalks, bounce castles, inflatable castles, and a variety of other names around the world.

The first bounce house was created by John Scurlock in 1959. A Shreveport, Louisiana engineer, Scurlock was testing out inflatable covers for tennis courts but realized that some of his employees enjoyed jumping on the tennis court cover prototypes. Scurlock realized the design had great potential, and thus was the bounce house born. Scurlock later designed inflatable domes, tents and signs, as well as inventing the safety cushions that are used by fire and rescue teams. Today’s Houston bounce houses are closely related to Scurlock’s designs.

In 1968, John Scurlock’s wife, Frances Scurlock, started a company to sell the new bounce houses, marketing the new invention primarily to children’s birthday parties, school fairs, and similar events. The first model was called the “Space Pillow” and consisted of just an inflatable platform with no sides. The Scurlocks added two fans and a pressurized inflatable top to the second model, which was released under the name “Space Walk” (which became the name of their company). The Space Walk became extremely hot during the summer, so in 1974 this entrepreneuring couple released a new line under the name “Jupiter Jump” which used inflated columns on the side of the bounce house in order to let air in. Today’s Houston bounce houses are somewhat similar in design to the Jupiter Jump.

John and Frances’ son, Frank Scurlock, continued their work, marketing bounce houses under the brand names “Space Walk” and “Inflatable Zoo”, and founding the first inflatable play park, “Fun Factory” in Louisiana, in 1976. He opened a second in Tennessee in 1987.

Today, high-quality Houston bounce houses are made out of PVC or vinyl and nylon, and are inflated using an electric blower. Since air is constantly flowing through them, they can withstand small punctures without any problems. As mentioned above, today’s Houston bounce houses are similar to the “Jupiter Jump” in that they’re supported by inflatable columns, although they’re also enclosed with netting for safety. Many bounce houses in Houston are hand-painted, while many use digital printing in order to display photo-quality images.

If you’re looking for a fun, safe activity for your upcoming Houston party or outdoor event, a high-quality bounce house is a great attraction that will appeal to all ages!

If you’re looking for bounce house rental for Houston-area events, Houston Party Rental Inc. is here to help you! We’ve made it our mission to give our customers the highest-quality service in the business. Offering pick-up and delivery services, we’ll make sure you get the bounce houses and other party equipment you need, when you need it. Put our 22 years of experience to work for you – let us help make your parties and events unforgettable. For more information, call us today at 281-353-2254, or visit our website.